I would like to start by introducing myself to those of you that don’t know me. My name is Glory Gopinath. I was born and raised in South India. My family immigrated here in 1975, sponsored by my older sister who was working as a nurse here in the United States. I worked as a lab technician at Baylor University Medical Center in Dallas for 41 years. I retired last year and decided to move to Tyler to be close to my daughter and her family. I was a member of Gloria Dei Lutheran Church in Garland since 1980. And recently transferred my membership to Our Saviour’s Lutheran Church. I thank you for giving me this opportunity to speak with you today about my Christian journey. Please fasten your seatbelts because we are about to take off!

First and foremost, I wanted to briefly talk about the history of Christianity in India. Even though, Christians are a minority, it’s slowly growing and becoming a more prominent religion. On July 9th, 1706, after having been ordained in Denmark, two missionaries took sail and landed on a small town on the coast of South India. This became the birth of protestant missions in India. Yes, it is because of missionaries, that I am standing here today as a Christian!! 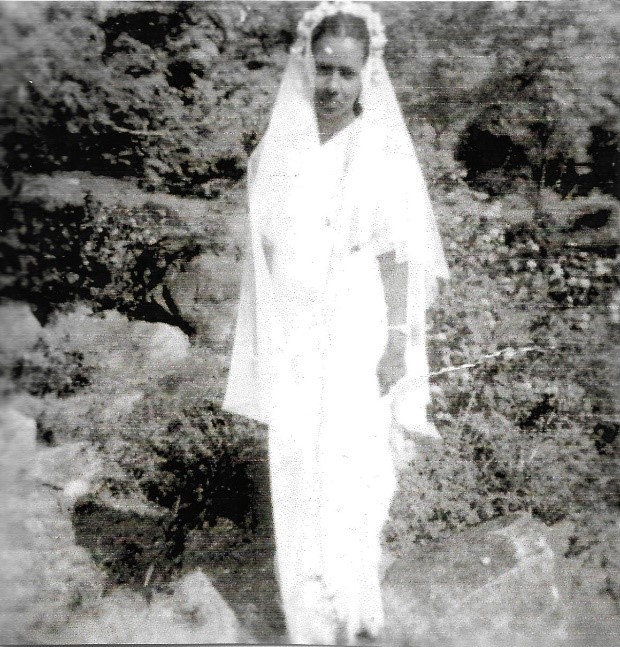 They are true disciples. Like Jesus said, “Leave everything and follow me.” And they did just this. They left their homes, their families, their country, their comforts to spread the Gospel to people who have never heard the name, Jesus Christ. They did not approach these people living in poverty by beating their Bibles. They first attended to the poor, sick, and hungry…they began by clothing them, providing medicines, and giving them food, such as milk powder, beans, and rice. It all worked out very well, because now they had willing listeners who trusted them.

At one time, my parents came from a long history of Hindus. My mother’s parents were the first Christians in their small village, again because of missionaries. My father’s father is different story. He was a very stubborn man who refused to convert to Christianity, which meant no one in his family was allowed to convert either. After he passed, my father suffered from night blindness. Someone in the neighborhood told him to go see the local missionary, who many believed were doctors, too. After his visit, they provided him with a bottle of Vitamin A. After taking the vitamins, his vision improved. It was a simple fix to cure his vitamin deficiency.  But to my father, this was a miracle!