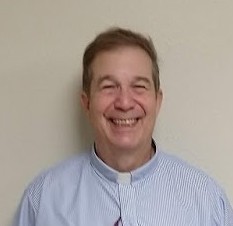 Due to events this week, I am asking that my epistle article for next week be sent out before it normally would.

Brothers and Sisters in Christ,

That is a very purposeful greeting, because I want to remind you of who and whose you are. And I struggle with what to say. This last week our world was shaken by what took place in Washington.

As a pastor, I have avoided making political commentary. When I was in the Army, it was expected/required that I not comment on politics.

I have decided that the wisest thing was to quote from one of the books that I have been reading: Scalia speaks. This is a collection of speeches of the late Supreme Court Justice Antinon Scalia put together by one of his children after Justice Scalia’s death. He was a man of a deep and abiding faith in Christ (he was Roman Catholic), as well as having achieved the highest level professionally a lawyer can.

This is excerpts from a speech he gave at the Judicial Prayer Breakfast group in 1992.

Think of that, he saw the law as relatively unimportant. And he was a Supreme Court Justice. Why would that be?

Well, his answer is given a number of times, but the following two paragraphs are a good summary:

“It becomes quite obvious why the serious Christian must be a pilgrim, an alien citizen, a bit “different” from the world around him, when one considers how many Christian virtues make no sense whatever to the world. Consider, for example, the first and foremost Christian virtue, humility: awareness of the greatness of God and hence the insignificance of self. That is a crazy idea to the world, which values above all else self-esteem and self-assertion”…

“When the values of Christ and of the world are so divergent – so inevitably divergent – we should not feel surprised if we find ourselves now and then “out of step.” In fact, we should be worried if we are never that way. As Christ told us, we are supposed to be out of step. We must learn to accept it. Learn to take pride in it. For Jesus also said (and this is a scary thought):

Thank you Justice Scalia for reminding us what is most important. Our loyalty is to be to God. Not to passing governments. Christ’s kingdom has been the loyalty of Christians for 2000 years. No government has lasted that long.

2000 years, God’s love has not failed. It lasts so much longer. And we have the privilege of being that love to others.

Your Fellow Servant In Christ,